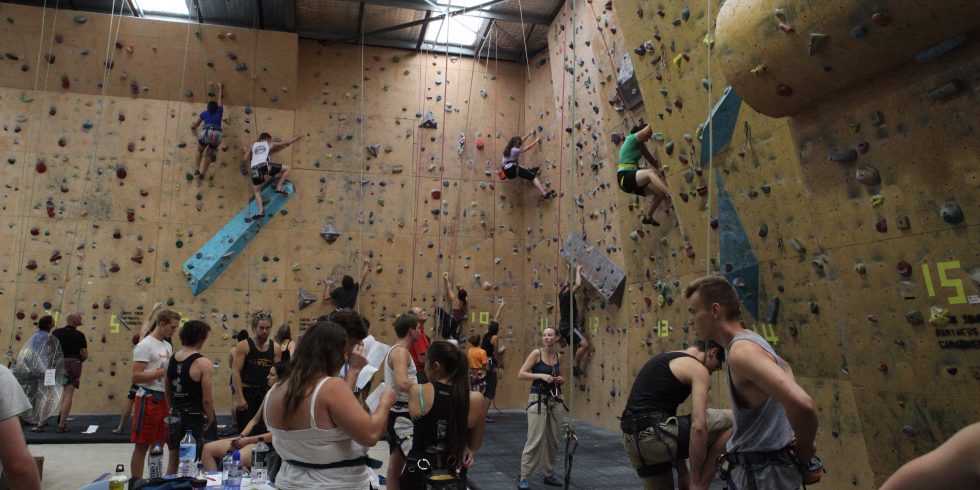 Climb Against Cancer ’18 Sponsored by Mont

Canberra Indoor Rock Climbing is excited to host our sixth annual Climb Against Cancer competition, with the aim of raising funds to fight cancer. This year, our community-friendly comp is supported by our main sponsor, Mont Adventure Equipment, which will be providing some huge prizes for the overall winners this year. We are also lucky to have Concept Climbing on board, supplying even more participant prizes. Both Mont and Concept are homegrown Australian outdoor companies.

The proceeds from our two-part competition will be donated to Climbers Against Cancer, a non-profit with the aim of bringing together the climbing community to fight cancer. CAC is completely volunteer-run with no administrative costs, so the organization is able to give all money raised directly to cancer research centres all over the world.

CAC founder John Ellison, like us, believed in the power of the climbing community.

I remembered the saying ‘strength in numbers’ and how the world of climbing as a family has so much power to deliver a message across the globe,” John wrote the night he conceived the idea for CAC.

He lost his battle to cancer in late 2015, but his message lives on. Read more of John’s story on the CAC website. 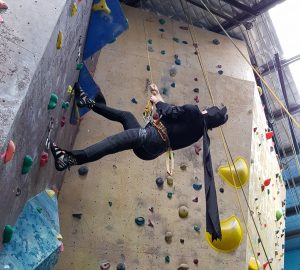 Batman has been in the gym regularly and training hard for this year’s competition!

As always, we will be providing a BBQ spread in exchange for donations, with 100% of food donations going to CAC. The entry fee is $30 for each round, with 50% going to CAC.

The rounds will be held in pumpfest format. Participants will be given two hours to climb, and each route will be assigned a certain number of points. After two hours, participants will add up points from their five highest-scoring climbs for their final scores. First, second, and third place positions will be available in men’s and women’s Open A and Open B categories. Open A encompasses climbing grades 24-28 for men and 23-26 for women. Open B is for men climbing under 24 and women climbing under 23. Advanced climbers who have climbed above 26 for women or 28 for men will not be eligible to compete. However, they are still encouraged to come support the eligible participants and enjoy great food. 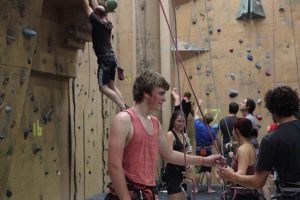 Our previous competitions have successfully brought the community together for a good cause — not to mention they’ve been heaps of fun!

We hosted our first fundraising competition in 2013 in support of Climbers Against Cancer. Our comps have grown in participation each year, with upwards of 100 competitors over both rounds. In previous years, we have raised between $2,500 and $3,500 per competition. With your help, we hope to make this year’s comp the best one yet. 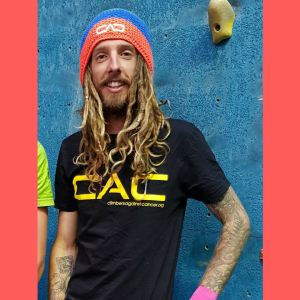 Kale McCauley is raising money for CAC with a tattoo.

In addition to our usual fundraiser, one of our employees, Kale McCauley, is going above and beyond this year to make a difference. Kale is the coach for our competitive climbing group, Rock Squad, as well as the route setter for our gyms. He has been climbing for 11 years.

Kale loves tattoos (as anyone who has seen him will know). He’s also a passionate advocate in the fight against cancer. He is raising money in support of a CAC tattoo that will be placed on his heel, with 100% of donations going to Climbers Against Cancer.

Whilst I’m extremely lucky to have never lost anyone to cancer, many people I’m close to have, and I’ve seen the toll it takes on the person affected and the family and friends left behind. This is my opportunity to show support to all those that battled with this disease,” Kale said. 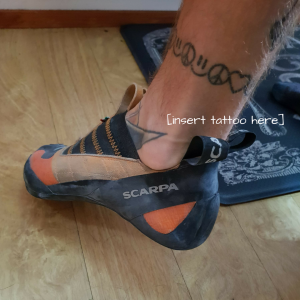 Those who donate will have an opportunity to vote on the color of the final tattoo. To read more, donate, and see the color options, please visit Kale’s GoFundMe page.

A special thank you to Sydney artist Patrick Reynolds (@patrickjohnreynolds on Instagram) for agreeing to do Kale’s tattoo free of charge in support of his efforts.